“Further together” is more than an organizational motto for ORAU President and CEO Andy Page—it’s how he believes success in life or in business is attained.

Throughout Page’s career, which includes 25 years of service in the Marine Corps, he has finessed a leadership style that emphasizes teamwork and relies on unleashing the power of ORAU’s employees, researchers, scientists and students to solve some of the nation’s most challenging scientific problems.

Before accepting his appointment as ORAU’s president in 2009, Page honed his skills as a team builder and leader in the honored tradition of the U. S. Marine Corps through progressively accepting greater roles and responsibilities as part of his service. Serving as an Infantry Officer in the Marine Corps Fleet Marine and Security Forces plus high level staff assignments at Headquarters Marine Corps, and as deputy branch head of amphibious ships and programs on the staff of the Chief of Naval Operations at the Pentagon, Page believes it was certain moments in his career that defined how he would later lead the ranks at ORAU.

One of the most exciting and focused times in Page’s career in the Marine Corps was being a part of the first special operations capable Marine Expeditionary Units  deployed to the Mediterranean shortly following a fatal bombing of the Marine barracks at the Beirut International Airport. His unit’s mission was to be involved with over the horizon noncombatant evacuation operations, amphibious raids and peacekeeping efforts off the coast of Lebanon after 241 U.S. service men and women were killed in the Beirut bombing, 220 of those being Marines.

“Being involved in operations like this one required performing at the highest level of security and operating as nothing less than a high functioning team,” Page said. “We were suddenly thrusted into a very high tempo of operations and required to conduct any number of special operations to fit new mission profiles after the bombing in Beirut. The urgency and importance of the deployment and preparation for its missions created a special bond of teamwork in my unit which I have never forgotten”.

Recalling that experience, Page reminisced on the somber time his unit had a CH-46 Sea Knight helicopter crash into the ocean while training for one of these new special operations, Of the 19 on board, 14 Marines and the Battalion’s Navy Chaplain were killed.

“We only had a day to recover the deceased and their equipment, Page recalled. “The next morning we had to be ready to do the mission again.”

What stays with him today was in the pre-dawn darkness of that morning, seeing one of the Marines who survived the crash, a Satellite Radio Operator, laden down with all his radio and tactical equipment standing in the helicopter team ready to go again. After this young Marine had barely survived the fatal crash the day before, he was ready to participate in the same operation the next day.

“He was the first one in line,” Page recalls. “Because I was there when we rescued him the day before, I think I was the only one who recognized him as one of the crash victims. I put my arms around him and asked if he was okay and he said, ‘just fine, Sir-Semper Fi (Always Faithful).’ That Marine’s dedication, courage and commitment to our unit and mission has always stayed with me as the one of the best examples of leadership I witnessed during my service-- and it didn’t come from a high ranking general or staff non-commissioned officer, but from a Private First Class Radio Operator.

Page said this taught him that leadership and inspiration can, and usually does, come from any level of an organization and can be manifested in the simplest of ways. Through these mission-focused experiences, he learned that teamwork is the best solution to solving a problem, which is the leadership style he upholds at ORAU.

Beyond taking ORAU employees to their greatest potential, Page encourages a company-wide attitude of altruism through community service initiatives. Since 2001, ORAU has contributed 416,000 books to Dolly Parton’s Imagination Library. Additional community projects that ORAU has made a priority have included building and sponsoring its third Habitat for Humanity house in Anderson County and contributing $100,000 toward the building of a Peace Pavilion for the International Friendship Bell. For more than a decade, ORAU has managed the Extreme Classroom Makeover competition, which provides $25,000 in technology and classroom upgrades to an East Tennessee teacher. Since the program’s inception, ORAU has provided $336,000 in Extreme Classroom Makeovers to area schools. Through ORAU’s Education Grants program, $487,000 has been awarded in the past 15 years to local teachers for funding educational projects that enrich STEM programs. ORAU has also partnered with ORISE and the Oak Ridge Rotary Club to package 20,000 meals for Rise Against Hunger. More than these accomplishments, however, Page said he is most excited about finding new ways to empower employees.

“I’d really like to give employees more latitude to question those above them and voice concerns. I want to ensure them that their ideas are being heard,” Page said. “I still remember what that Radio Operator taught me from my Marine Corps days: that leadership and inspiration can come from any and every level of the organization.”

“I still remember what that Radio Operator taught me from my Marine Corps days: that leadership and inspiration can come from any and every level of the organization.” - Andy Page, ORAU President & CEO 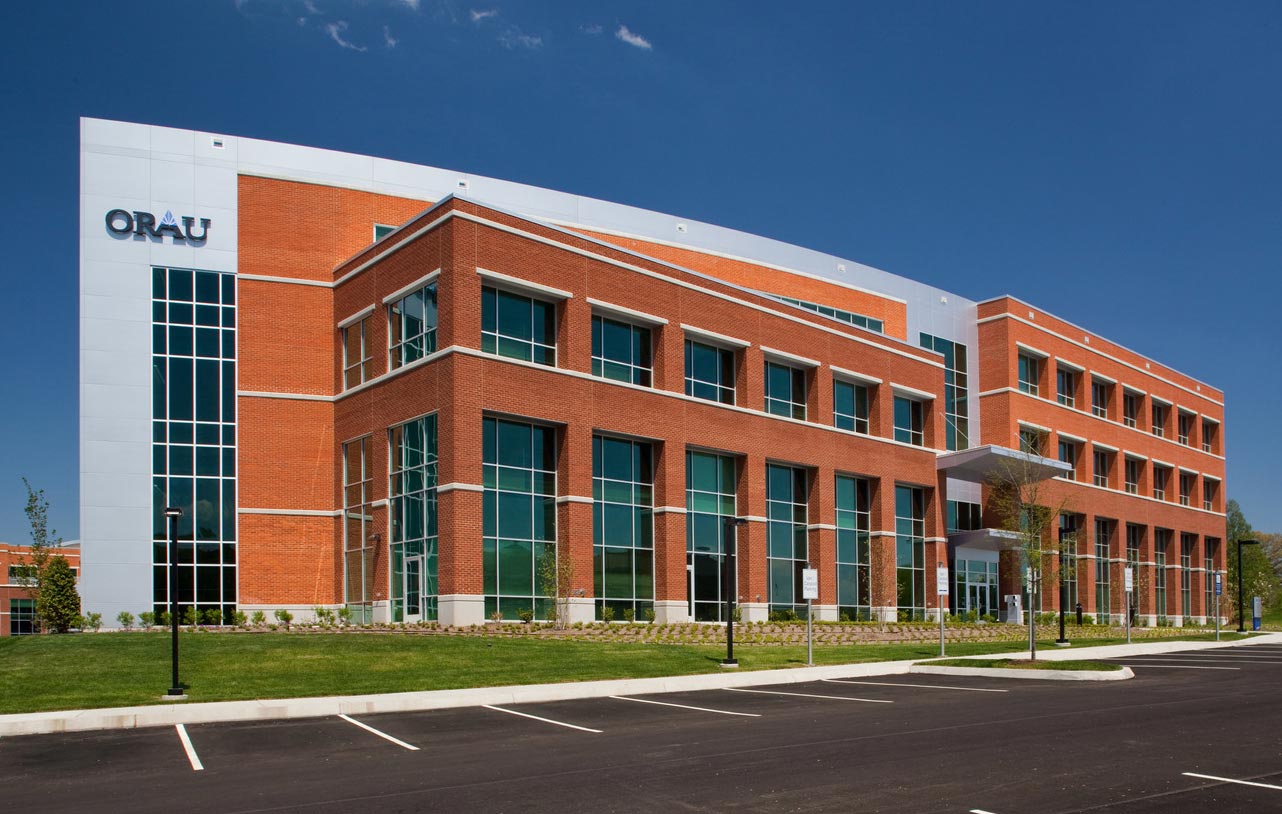